Steak and the False Sense of Social Status
Eric Millman 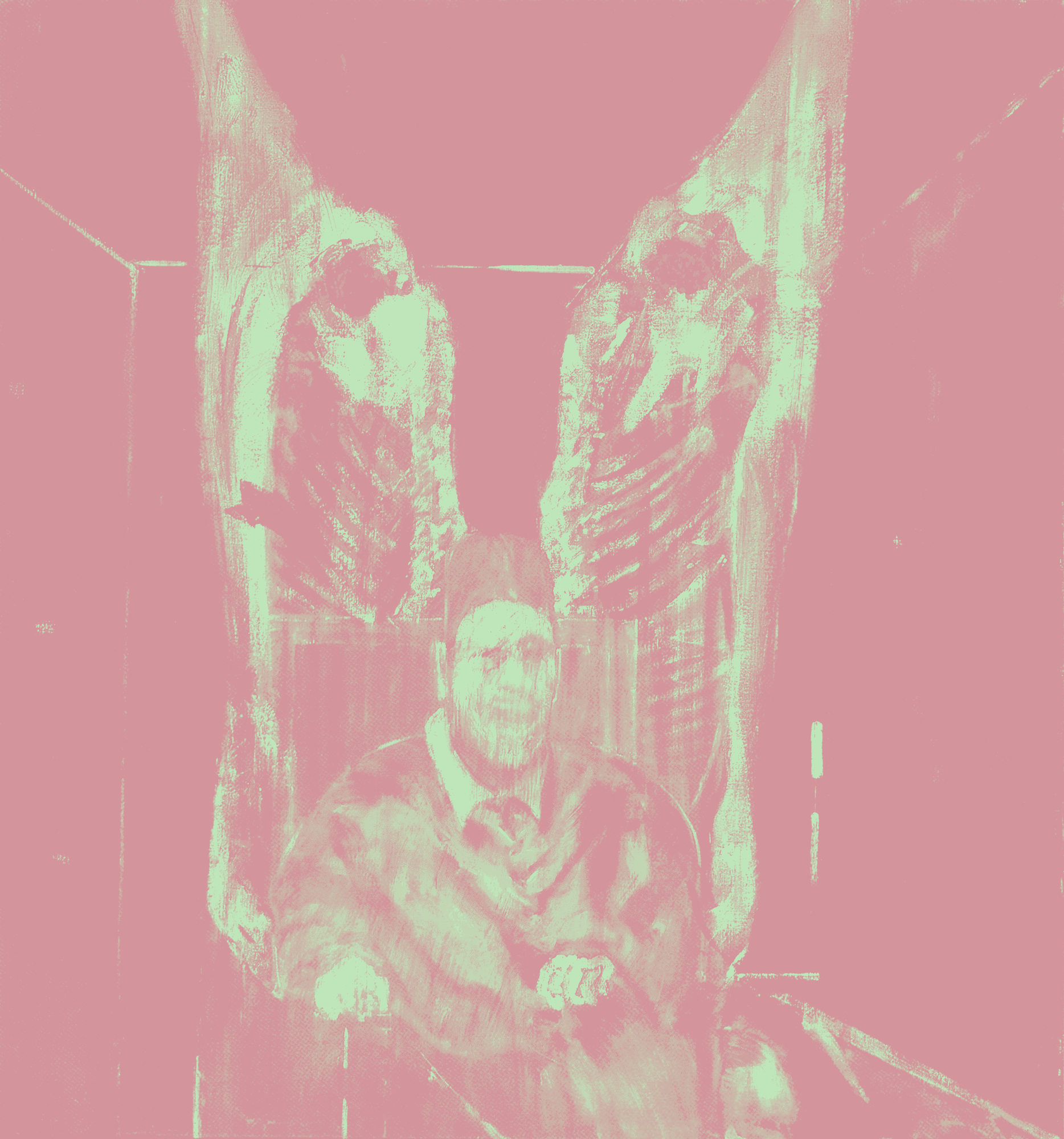 In the threadbare aftermath of World War II, the Florentine Jewish publisher Corrado Tedeschi, alongside Other Human Man Ugo Cavallini, founded the Partito Nettista Italiano.  This was an ideologically-oriented political organization which promised “450 grams of bistecca [alla fiorentina] guaranteed daily to all people,” at a time when Italians were struggling to fill their bellies with anything at all.  Such is a mocking promise aimed to impale that of the Fronte dell'Uomo Qualunque (Alliance of the Everyman) who promised they would provide “a chicken on every plate.” The Americans amongst us may recognize this as a post-pot reference to the delusional Depression-era political slogan associated with Herbert Hoover, but get this: it’s originally attributed to France’s Henry IV.  Suck it, slogans!  Though deliberately derivative, Tedeschi’s rallying cry went to truly absurd heights, marking what has been called the first satirical Italian party and perhaps the very origin of “anti-politics” in the modern age: a chicken, be it plated or potted, was one thing.  A bistecca per person, per day, was another entirely.

As a moderately impoverished person, I find this funny.  Of the truly iconic, highly desireable Florentine dishes -- ribollita (vegetable “minestrone” repurposed as a sort of stew with stale bread), lampredotto (the boiled fourth stomach, or “rennet-bag,” of the cow), or crostini made with fegatini (effectively an extremely fatty chopped liver) -- the royal bistecca doesn’t seem to fit.  For a cuisine definitively, proudly, humble, the bistecca is very much not that.  It’s an odd contradiction, extremely Florentine without even being Italian: though the meat itself originates from a strain of flesh stripped from the Tuscan/Umbrian/Lazian Chianina cow -- the beefiest, hulkiest in the world -- the name bistecca is doubtlessly derived from the language in which this essay is written, namely English.  Historians such as Pellegrino Artusi and Jeff Wikipedia trace the name and culinary convention to the British Knights, who so enjoyed the roasted cows consumed in Florence for the Feast of San Lorenzo on August 10th that they would then clamor for da BEEFSTEAK whenever they would return to town.  Then, of course, this might all be utterly false.

The Beef was always a symbol for me, a ritual.  I’d save up my money and quit my job and spend a month or two in Italy living like a piece of shit, a welcome change from California, where I was also living like a piece of shit.  I’d come to Florence and drop mega-florin on a kilo of bistecca, a bottle and a half of chianti, and, to grace the bowels, a side salad.  I would eat the cow flesh as raw as my post-meal posterior would get from overwiping, and I would masticate and swallow until my facial capillaries were popping with cow’s blood. A week spent on bread and wine, a night like an Edwardian king, and then death.  It is the best steak in the world.  It is worth it.

In the year of 2019 I had but one of The Beef.  With friends visiting, we convened at a steakhaus called Trattoria dall’Oste, a place known as much for their bus banners as for having launched a plate of their PR Beef into space  At this meal, there was me and there were two of the aforementioned friends, one of whom was a vegetarian.  I showed up serious coupons, and was countered with an asking price of seventy euro.  For a beefslice.

Not only was it stringy and overcooked and foul of taste, relying on ramekins of sauce, but it gave me diarrhea.  It gave me explosive, devastating diarrhea for 24 hours.  Dear reader, it was bad, this diarrhea: my o-ring was twitchy and bloodied and I couldn’t sleep one bit.  Were there a button that could eliminated this local chain of “chianinerie” in a type of explosion that caused no human injuries and reassigned all employees jobs they enjoyed, which is to say any other job at all, I would press it twice.

Perseus: the last meal before the 2020 Lockdown.  Our academic institution had compelled us to our home countries, and most were heeding this demand; I was not, and together we had one last lunch by which we could destroy ourselves the old fashioned way.  There at Perseus they give you jugs of plush wine, and you pay as you drink, which is a good idea.  There at Perseus, the server is perhaps the owner, and he is scary and sarcastic and very proud of the menu.  Rightfully so.  I order rigatoni with lampredotto, perhaps, on the side, and the man dumps a heavy platter at the center of the table.  The steak is butterflied against the grain, with the bone jutting out as if it had been used to kill itself on the way from the kitchen.

This is buttered sashimi.  They don’t use sauce, they don’t need sauce, they don’t want sauce, just a T-Bone, thick as a foot, cured briefly in salt and served with fat-ass pepper berries cracked and wading in grease like a fat Roman in a hot spring.  The Beef is not springy like normal meat might be, gushing instead like a porn star at first bite, a warm, oleaginous watermelon.  The fat smells like the grass the cow had been eating.  The fat is crisped and melts like marrow and slips silently into the guts.  You dig your fingernail into the ass-crack of the bone and fish out the most tender guppy of flesh along the vertical grain and then you eat it with your mouth.  There is not a quantity of this food that would be enough; you would keep eating it like a dog, like a Jewish dog eating a cow’s carcass lacking the trigger of temperance.

This was my last meal and after that it was just pandemic.

As an illegal expatriate amidst a lockdown, you don’t have much of anything but the subsidized housing hosting your head, let alone a regional speciality to stuff in it.  A middle-class, moving haggis, you fill yourself with oats and cabbage and bloat in the sun.  You take your daily walk, pointless and brisk and heaving humid under COVID cover, a daily walk tweaked by the same interval in the interest of passing time and staying sane.  You are not sane..

A new path takes you up a hill behind your subsidized home.  You have not had a bistecca in a year, and yet you remain alive.  By kismet, you pass the home of Corrado Tedeschi.  This man has been rotting in the ground for fifty years, and so you do not knock.  You think of his promise to Beef his compatriots out of their desperation by way of Beef, a dish dipped in irony.

You wonder, am I so desperate?  Would I ever indulge in this ruddy turfish once again, or had we entered a new era where the promise of such, at least for the unspectacular among us, was wholly humorous?

You wrap your hands around the wrought iron gate and stare flatly into the eyes of a goat belonging to the Tedeschi estate.  He has nothing to offer you, and you have but the same for him.

The Memory of the Beef was burning a tiny jewel into the lining of your stomach and this, the end of the known universe, offered no hope of hamburger, let alone beacon of bistecca.  You have no choice but to walk back home, shaving a bit of white winter truffle into your bitter black mouth, fungus within fungus.

The world would continue.  You would be born again a vegetarian, and from your wobbling podium, you would wryly promise to all a porcino in every pot.  No one having heeded your cry, you vomit, and you turn gainfully into the furniture.