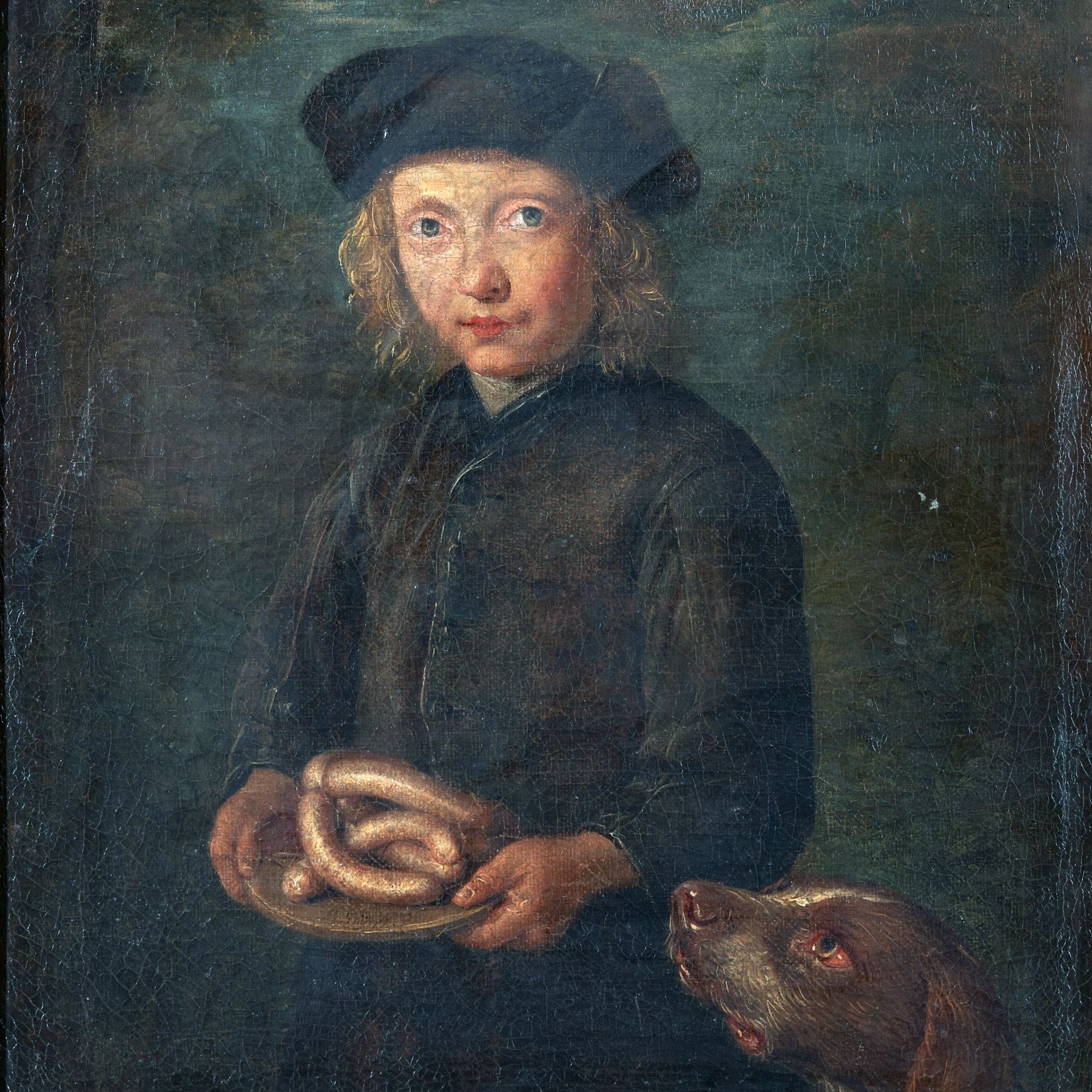 I know a woman, though I’ve never met her,
who half a year ago became begetter.
Rosanne begat a little baby guy
and slapped him with the name of Malachai,
which carries Biblical suggestions that
ring true to such vocabulary as ‘begat’.
Once she’d secured her little child’s release
she had the doctor take his frontispiece,
an act that piqued and didn’t let my ire
cool till I learned about her Jewish sire.
As long as I thought Malachai a goy,
I took exception to his pruned McCoy.

This pruning, I have learned, is de rigueur
where no man has a chance to be a Sir,
not since his nation shed the Hanoverian
yoke while maintaining yokes for the non-Aryan.
And yet the other creeds of Abraham,
the ones that take a dimmer view of ham,
some doctors treat as gospel to th’extent
the Jewish schmuck lasts longer than the Gent.
This fact surprises Christian Europeans,
whose own preputia have endured the æons.
Occasionally it goes beyond surprise
and governments poke around behind one’s flies,
a point best proven when the bold Icelandics
voted to enshrine a law that banned dicks
being tampered with. Let young lads keep the foreskin!
A bairn is healthier when he has more skin.

That’s the received wisdom, but what’s received
can leave recipients the more deceived.
The snipped man’s tribulations I confuse
with none of mine, not being in his shoes
or pants. I query not God’s handiwork;
mine’s not a personage I want to irk.
Like Mrs Radcliffe’s monk, he’s darkly hooded,
and sometimes, if it comes to it, full-blooded.

But as all Capuchins will tell you, hoods
pose danger when you’re walking in the woods.
They catch and scratch on those extruding briars,
and thus have snagged and strangled untold friars.
Thorns, naturally, are not a threat in town:
the denim is what pulls my own hood down,
or rather, up. Discreetly trying to nurse
it, hand in pocket, only makes things worse.
Locate a bathroom, drop your pants as fast
as possible and then inspect the mast;
accept it’s likely to require rejigging
to get the sails untangled from the rigging.
One envies now American and heathen,
for anyone who ever sails beneath an
Islamic, Hebrew or a US flag
contends not with this unexpected drag.
Of all the problems a becalmed ship’s cursed
with, though, the foremost always will be thirst.
The fabric’s made me moistureless. Are my
American friends always so bone dry?
(The men, I mean to say: a woman’s nation
has little impact on her irrigation).
Æsthetically, moreover, does my flesh ‘n’
blood suffer from this general regression:
it now looks bald, with six or seven chins
as though in punishment for countless sins,
an exegesis flawed from the beginning –
throughout its life it’s done so little sinning.

So gentile parents of the world, I urge
you buck the scripture of your demiurge!
Keep your family’s male members safe
against the vicious gods of needless chafe.

Nahum is a poet from the formerly-united United Kingdom.
Latest POSTS