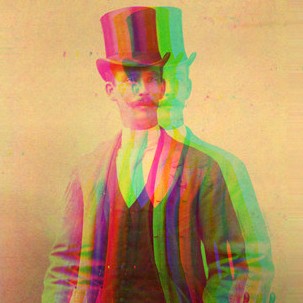 In Berlin, tagging is everywhere. It covers any wall, door, or literally any surface your eyes fall upon. We are just a few hours away from the “light lockdown” announced by Frau Merkel, and the city is frantically trying to devour itself before restaurants, bars, theaters and the notorious club scene will shut down for at least a month, but likely much longer. It feels like it will be forever. I left Italy the day before Florence and Tuscany were declared “high risk areas” by the German government and I feel like a scruffy rat that has jumped from one sinking ship to another. My only hope at this point is that the German ship is more robust, or that at least it will sink slower.

I am 30 minutes too early for one of the last events of the winter, “Rawabies: Disruptive Nights” at the Vierte Welt Center of Kreuzberg. I do not know what the performance is about, I just hope that it will be in a language I can kind of understand.

Since I have time, I decide to enjoy the moment and order a Negroni at the first bar in sight with a free wooden bench outside. I’m avoiding the crowd inside the bar, I congratulate myself for being a considerate citizen, but that’s a lie of the cheap kind. The truth is that I just want to smoke my hand-rolled American Spirits unpunished.

The waitress brings me a Bacardi glass filled with salt-covered pretzel sticks and the Negroni. I sip the drink with the recondite hope of finding it disgusting, ethnically inferior to its purebred Florentine counterpart. After all, Florence was the birthplace of the Negroni, invented by Count Camillo Negroni, renowned gambler and drunk, in the noble Caffé Giacosa .

The bar, when it still existed, was in the central Via della Spada, and I never even dared to enter. The reason for my hesitation was that unfortunately it was next to the “Maison Cavalli”, one of many luxury shops of the fancy Via Tornabuoni; I always felt that neither my shoes nor my bank account were polished enough to order a Negroni there.

Then, in 2017, ⅓  of real estate hunger, ⅓ of financial fallout, and ⅓ of avid opportunism conspired together in the cocktail mixer, and served the café a fatal brew. The boutique-café of the fashion corporation decided to close its Florentine shop to focus on the only shops still turning a profit, those in China and Dubai.

The new Armani shops that cannibalized the space of their smaller competitor did not feel the urge to preserve the Caffe Giacosa. The bar was to be dismantled and sold as empty property, writing the last chapter for the renowned birthplace of Negroni.  I like to imagine the spirit of Count Camillo Negroni as a restless presence roaming the corner between Via della Spada and Via Tornabuoni, endlessly thirsty for his Aperitivo.

With yet another luxury retailer now occupying the old Caffé Giacosa, Florence has been enriched with yet another window in which a 4.000 euro suit worn by a headless mannequin is displayed, a grotesque but fair depiction of the city’s forever-ruling Elite.

It doesn’t matter whether or not I've stepped foot  in Caffe’ Giacosa. I am Florentine, so I know the taste of a true Negroni better than anyone else. It is carved in my essence and runs into my blood.

But then something happens: as soon as the bitter taste of Campari mixed with the herbal-sweet vermouth, both given an extra kick by the gin, hits my fake snob palate,  my carefully-built system of beliefs collapses. I have to confess to myself that this accidental Berlin bar has done a better Negroni than the hundreds of five euro pseudo-Negronis which I’ve sipped and the ten I’ve regurgitated in the puzzle of squares and streets that is Florence.

In any case, the Negroni will help. I assault the pretzels and wash the salt away with my drink. With my right hand I roll a cigarette. I tell myself that though it has been 4 years since I quit, everybody knows that le bionde cigarettes are a Negroni’s best friend, and the pile of smoking scheiße that the annus horribilis of 2020 has been so far is as good of a justification as any to shatter my already-fragile discipline. Not that I ever believed in a long and healthy life anyway.

I get distracted by the graffiti again, wondering about the various hands that made it. I stub out the butt of my cigarette in the ashtray and check my phone. I realize that it is just 5 minutes until the show starts. I quickly decide that it is better to move my ass and go to the performance, since it is most likely my last occasion to participate in an event that requires me to wear pants and is not to be held in the aseptic digital world.

I chug half of the Negroni and slip five euros under the glass. Before leaving, I stick my finger in the cold ice at the bottom of the glass to pick out the alcohol-soaked orange slice, the secret gift of any good Negroni. I stand and hobble away, my leg having fallen asleep and the orange slice still in my mouth.

Tomorrow the lockdown will start. It might be for a while, but I am already thinking of my next rendezvous with my only beloved aristocrat and his bitter kick.

In a rocks glass with plenty of ice (stirred, not shaken):