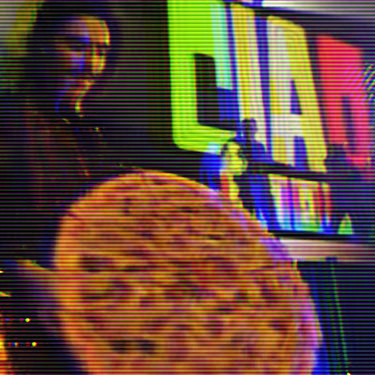 It can be easily proven by the fact that more and more Russian oligarchs buy houses in Italy (preferably villas near Lake Como). But ordinary Russians love Italy, too!

My parents, born in the 1960s, spent their young years listening to Toto Cutugno, Adriano Celentano, Eros Ramazzotti, “Ricchi e poveri”, Luciano Pavarotti, Andrea Bocelli, Lucio Dalla, Al Bano, etc. My brother and I grew up observing them change tapes of Italian singers at home or sing along to their favourite songs. And even though hardly any of them spoke proper Italian, they still had a lot of fun.

In the ‘70s, the famous Russian singer, Muslim Magomaev, sang “Bella Ciao” both in Italian and in Russian at different concerts. Since then, many Italian songs have been translated or adapted to Soviet/Russian listeners. As an early example, you can listen to an old beautiful cover of “Volare” by Helena Velikanova. For a later example, listen to how, in the ‘00s, Al Bano’s 1982 hit “Felicità” suddenly turned into a courtyard song “Where can I get some Belomor?" (note: Belomor, or Belomorkanal, or Belomorcanal, is a Russian brand of cigarettes originally made in Leningrad).

When I was little, I remember watching, with my mom – a huge fan of soviet cinema – the 1974 classic soviet comedy called “Unbelievable Adventures of Italians in Russia” (note: though it's available with both Italian and English subtitles, I’d strongly recommend watching with a native speaker if you have one readily available). With its strange combination of slapstick humor and cultural insights, it’s a pity it is not as famous in Italy. I have a feeling this movie really showed a lot of our sympathy toward Italians, even though it was mainly portrayed with irony and through widespread stereotypes. We also watched a lot of Italian movies: “Madly in Love”, “The Taming of the Scoundrel”, “Life is Beautiful”.

Maybe these fragmentary memories can somehow explain the success of “Ciao 2020” and “Ciao 2021”, special New Year’s episodes of an extremely popular Russian late-night talk show hosted by Ivan Urgant. The show is called “Evening Urgant”, aired on the Russian federal TV channel called Channel One. The show is famous for interesting guests, funny jokes, good music and a relaxed atmosphere. Among foreign guests there were Billie Eilish, Jason Statham, Conor McGregor and many others.

To date, “Ciao 2020” gained 11 million views on  YouTube, while “Ciao 2021” has 4 million views. Both these specials are set in an alternate universe of an Italian music era of the ‘80s, where all the Russian performers are dressed accordingly and speak only Italian. It seems Russians feel nostalgic about this sense of freedom from the 80s strongly associated with the Italian music scene. Older people like the show for its parody of Italian celebrities they remember from their youth, for the musical arrangements in which they recognize some of their beloved hits. Younger generations are attracted by modern popular Russian performers, humour, and the experience of something new, since the only alternative is to watch a never-ending 60 year old show called “The Little Blue Light” that looks like all the same singer-songwriter jokes on loop.

It is also worth mentioning that many Russians, including myself, are fascinated by the beauty of the Italian language. For me, the Italian language that participants speak on the show sounds exactly like my Italian after two years of living in Italy: strong Russian accents, messed-up pronunciation, completely ignored double consonants, errors in words’ endings, and word-for-word translations. Nevertheless, a lot of my Italian friends who have watched the show are still impressed and said they perfectly understood what was going on. And I must admit, it was a bold choice to use only Italian language by non-Italian speakers during the whole show!

Apart from a couple of racist and sexist jokes (the key here is to remember that it is a comedy show that tries to entertain and not to offend) there are some real gems in translation. For example, the name of the group “Dead Blonde”, with its lead singer from my hometown Arkhangelsk, was translated into Italian as “Bionda Morta”. This brings to mind the Italian expression “Gatta morta” (“dead cat”) referring to a woman who is a tease. Another is "Pippo il Secondo", an interesting way to make the name of the Russian pop singer Philipp Kirkorov sound Italian. He is repeatedly called Pippa, which in Italian means unprofessional (or even worse: “farsi una pippa” is to jerk off).

It is also fun watching Italian celebrities trying to speak Russian. Not to mention another familiar face – Comrade Putin, himself – generated by neural networks to wish all Italians a Happy New Year, created as a parody of the annual Presidential speech watched by millions of Russians.

Moreover, practically all Urgant’s shows can be individually praised for their great choice of music: they often invite largely unknown or up-and-coming singers to the “Evening Urgant” (his usual Russian late-night talk show). You can imagine how famous these performers become after being featured on this show. As a result, at the end of the year producers can analyse and choose the crème de la crème of musical acts for the closing event of the year “Ciao 2020” and “Ciao 2021”.

You can watch the whole show or just find individual songs you like on YouTube or various streaming platforms. Here are a few personal recommendations:

La Soldinetta, Vittorio Isaia e Giovanni Urganti – Chiesi io al frassino (every Russian knows this song thanks to “The Irony of Fate”, a soviet movie which we watch every year).

BIONDA MORTA – Il ragazzo con la giardinetta (in the original version, the girl brags about her boyfriend having a cool car, which in reality is the Devyatka, one of the cheapest in Russia; in the Italian version, the Devyatka is changed to a Fiat),

La Mia Michela & Eva Pollini – L’inverno nel cuore (a romantic song from 2000 which was recently covered by a more modern Russian group. Both singers, from separate generations, perform the Italian version together),

Giovanni Demetrio – Venere-Urano (a seventeen-year-old sings a simple song about a long distance relationship between Moscow and Saint-Petersburg; in the Italian version, the cities were easily changed to Rome and Milan),

Amore – L’Italia mia (a patriotic song from 2005, now about Italy instead of Russia).

As a Russian living in Italy I can say that it is a very interesting and unusual sensation to watch these performances.  On one hand, you have celebrities and songs you know  as a Russian, sometimes even by heart, on the other hand you’re hearing them in a foreign language and in unfamiliar arrangements. Feels like these songs are rediscovered and, in some cases, you start liking them even more.

I believe this show is an intercultural phenomenon paying homage not only to the Italian language and music scene of the ‘80s, but also to all of Italian culture.

From Russia with love, indeed.

Tatiana is a restless soul originally from Arkhangelsk in Northern Russia. With her project, "Bottled Therapy", she and her friend are looking to merge their knowledge of wine and mental health.
Latest POSTS