Love and lust in on the Italian Riviera.
Eric Millman 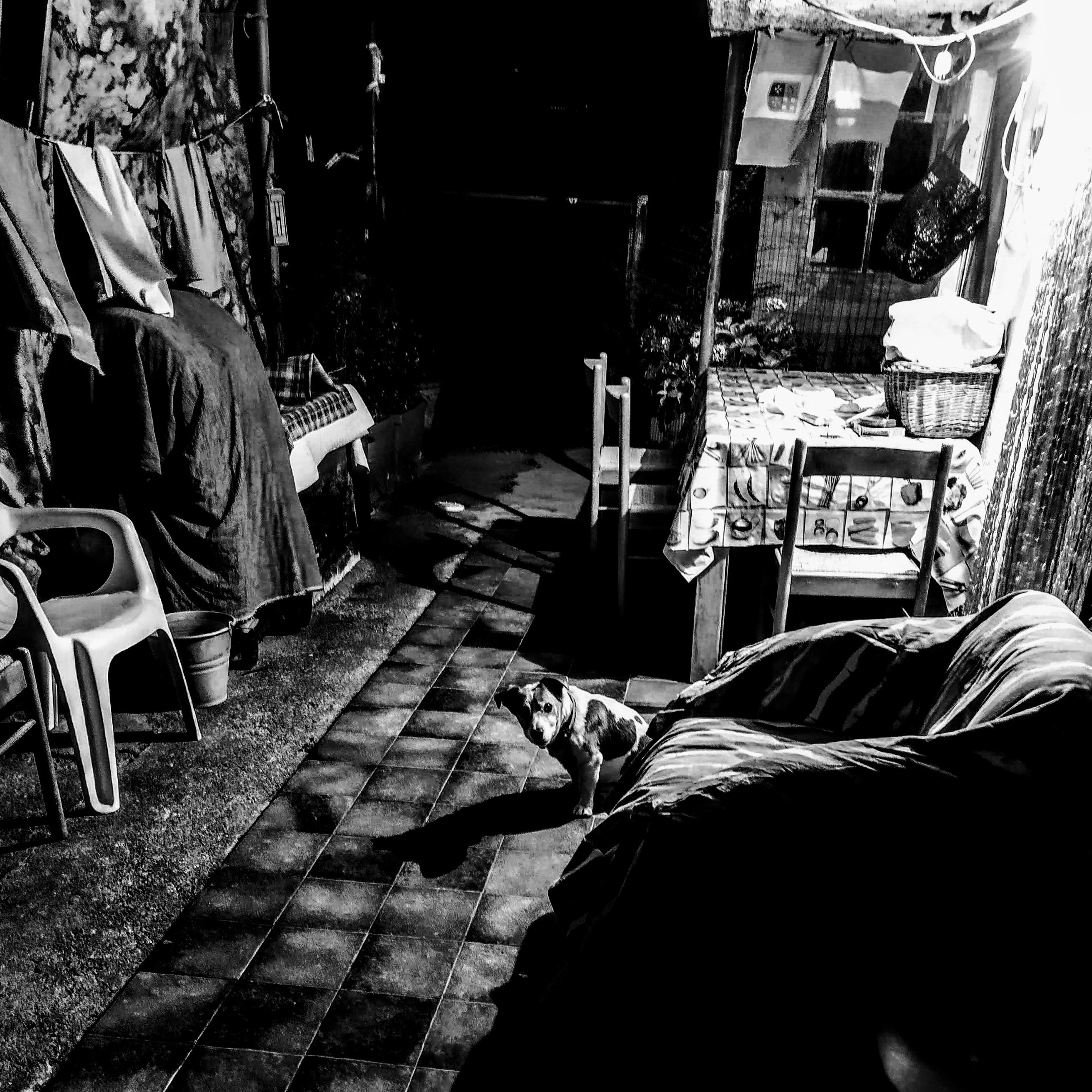 Jack’s father shimmies, winking, with a small keg under his arm; he hands me a glass of foam, and then another.  When I remind him that he has just poured me one, he slaps me in the face -- stai zitto -- and cheerses me with a wink and a smile.

A young house painter sits at the table, staring at nothing, his clothes covered in his work.  He lights a cigarette.  Chiara drops a mountain of mountain sausage on the table, and returns immediately to wash dishes without so much as a taste.  Giorgio hands his phone around: it’s his new wife, calling from Albania.  Some pistachio liqueur passes around the table.  A large spider dives under my chair and I recoil in fear, beer sloshing on my pants.  The song comes on, as it does every night, and we all hold up our glasses and sway, a crude waltz adorned in plastic, worn and warped and inelegant.  Sai che sono un egoista, un inconsciente, prepotente nella vita come nell'amor.  The night passes like this, from nylon to polyester; as much as I love disco music, it’s time to go home.  We hold up our glasses once more, throwing back a grappa, or maybe a limoncello; whatever it is, it fails to warm me up.

Entering my rented country shack, ears full of booze and stomach still ringing, I salute old Jack, who watches me, unmoved and full of disdain, from his favorite chair.  Left alone for days at a time each summer, he still doesn’t trust me, still hasn’t touched his food, and the wound on his haunch is spreading over his handsome, white-brown speckled coat.  I fear that with so much dormant solitude, his age is rapidly betraying him, and with it, his will to live.  I see it in his eyes, and I recognize it.  To be fair to Jack, despite the sea breeze, the is an air of sadness here: the living room is dark and smothered by the photos of dead relatives with feathered hair, dressed in ‘80s fleece; the kitchen buzzes with insects bursting from rusted jars of rancid capers and years of dried-out birthday cakes.

With nothing to lose, I put on the song for at least the third time tonight.  It is so feral that it couldn’t possibly be American.  This is the red-blooded, working-class Italian myth we are sold on tomato labels, a song marked by a profound self-hate that takes its singer, Dantean, from the tips of heaven to the depths of hell, or probably the inverse.  This singer: he hates himself, he hates himself for even having to say so, and he can’t recommend highly enough that his love might have nothing to do with him, a love song whose very intent might well be to repel love.  And yet he can’t help but sing, tobacco-voiced, that despite his pathetic state, he’s able to carry on, knowing that he is loved.  Mi vergognerei di me -- he would be ashamed of himself for this destructive behavior -- but you (his “bambina” but also the great “Lui” up in the sky) haven’t abandoned him yet, so he must be doing something right.  Sounds healthy.

The song causes Jack to finally lift his head, and then lazily hop to the floor.  For the first time in two days, he ambles outside and devours his food, ants and all, energized as he is by the song.  As he eats, I catch myself looking at his balls; I don’t think I’ll ever get used to their omnipresence in a country which seems unconcerned about population management.

Jack looks back for a wistful moment, and, as the song closes, trots back to his chair.  Having spent most nights here alone, he seems at first disturbed to find me sitting in it, but I put on the song one last time, and he hops up anyway.  We sit in silence, feeding off its embrace of the bitter, just two lonely old guys with no one to sing to but each other.

Jack’s reaction to a finely-attuned rub behind his ears shows me that our dynamic is quickly shifting. It is the first and hopefully last time I have felt a canine erection bloom on my lap, like a butterfly transformed to a sharp, pulsating caterpillar.  I stand, and shake him off of my lap, and without hesitation he hurries off to bed, as if nothing had happened at all.

I think for a moment, that if I were a dog, if I had found myself with an erection on the lap of another species, I might have thrown myself into oncoming traffic out of shame, certainly avoiding eye contact at every opportunity, shuddering at the thought that perhaps one day my host might write about this embarrassing, indiscreet physiological miscue.  Jack had no such remorse, no such concern at all, and I wonder now if perhaps we were each listening to the song in completely different ways and for completely different reasons.  I, out here alone in the Ligurian hinterland, relating so deeply to this inelegant shrug of self-loathing, a musical homage to a world that accepts us and each of our flaws; Jack, an illiterate animal, startled by a string of loud noises, looking for a fresh leg to fuck.

I do wonder which of us Mr. Di Bari would relate to more.