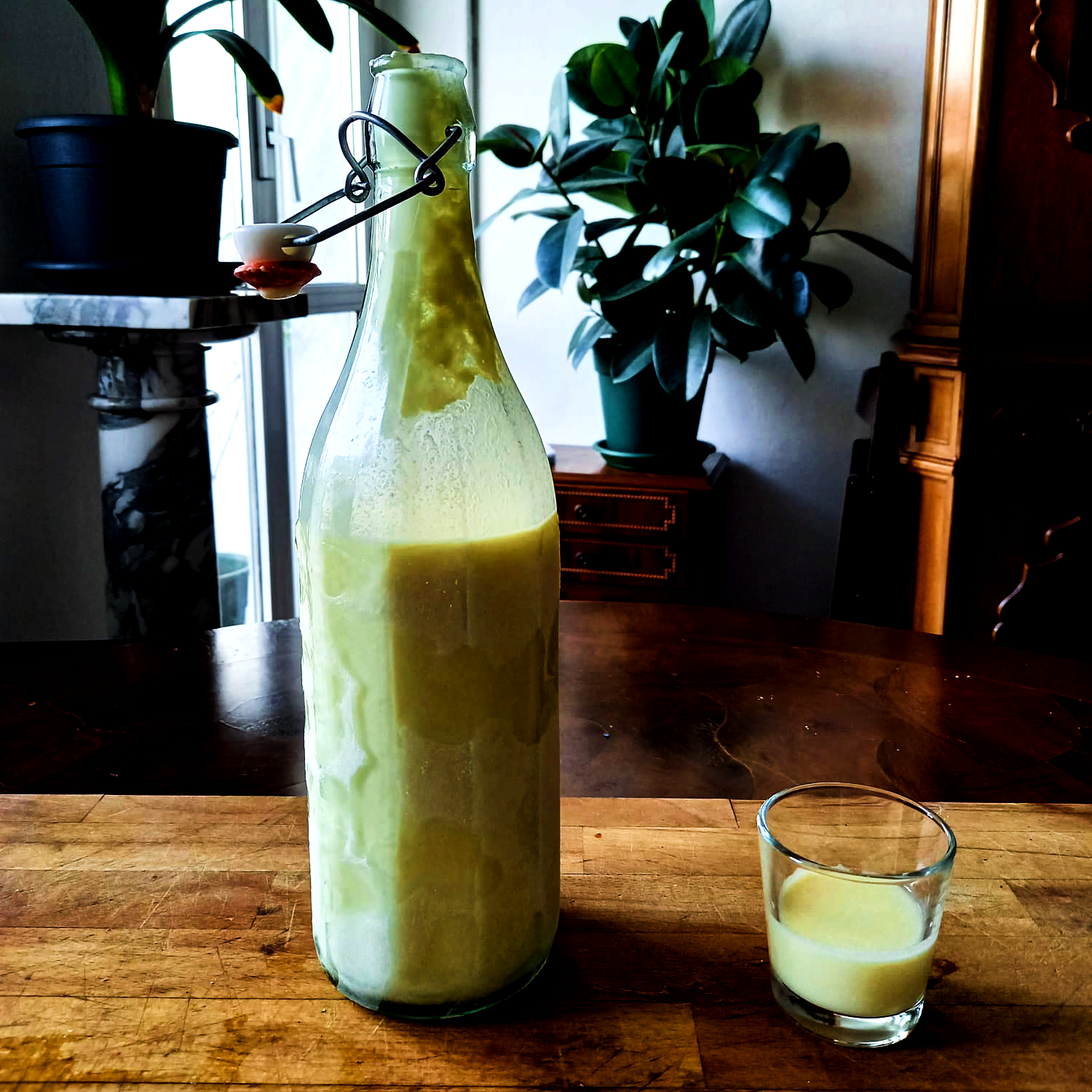 Photo courtesy of the author.

For years, I harbored a half-hearted desire to craft my own homemade liqueurs.

The desire was genuine to the extent that once you’ve sat around a table in a smoke-filled Italian flat at 2 a.m., pounding homemade amaro while debating whether Europe or the U.S. is more racist, that overly sweet, slightly chemical-tasting shit they sell in supermarkets immediately loses all appeal.

But it was artificial in the sense that it wasn’t accompanied by any real commitment — and what is desire without commitment? It feels hollow to say I “wanted” to make homemade limoncello if, for two years, I kept a photocopy of a friend’s hand-written family recipe, but never actually followed it.

Mostly, I wanted to be the type of person who wanted to make homemade limoncello.

At the beginning of the coronavirus pandemic, I was hopeful that my lack of social life brought on by Italy’s two-month hard lockdown would transform me into a one-woman distillery. As a writer, this seemed like the ideal quarantine hobby. Hemingway would not have grown sourdough starter; he would have hunted down some 96 percent grain alcohol and foraged mountain berries to brew his own digestif. And since I too was a Writer — with capital W, ahem — I would get to work infusing.

But the pandemic left me buried under work as I reported on the devastation that Covid-19 had wrought across Northern Italy. In March, elderly women who had survived bomb shelters during World War II described being shocked nonetheless by the pandemic. In April, volunteers raised a field hospital in just 9 days in the town of Bergamo, where nearly everyone had lost a friend or relative to the virus. In July, a chief anti-mafia prosecutor explained how organized crime was trying to get its hands on coronavirus recovery money.

At night, I was interested in drinking alcohol, but not making it.

It wasn’t until early November that the right motivation finally came along: the US election results, or more accurately, the lack thereof. The morning after the election, with bags under my eyes and still wearing a gray pajama top, I floated into the kitchen with only one goal: I would distract myself from the uncertainty of whether American democracy would live or die by making limoncello.

Unlike Italy’s centuries-old amari, limoncello didn’t take off as a liqueur until the early 1900s. Before that, “limoncello” usually referred to a small varietal of lemons, or a type of lemonade. The advent of refrigeration likely contributed to its astonishing popularity as an alcoholic substance — as did Danny DeVito. After the Italian-American actor appeared drunk on “The View” in 2006 and blamed it on limoncello, sales of limoncello spiked not only in the US, but incredibly, in Italy.

The key to making limoncello, I learned, was to peel off the yellow rind without snagging the white pith beneath. Macerating the white part in alcohol will make the whole thing taste bitter — a depressingly timely metaphor as police brutality is once again making headlines in the U.S. — whereas the yellow part is where the citrus oils reside. Pith aside, making limoncello is really the art of turning the bitter, discarded part of the fruit into a vehicle for camaraderie and connection.

In truth, my recipe was a spinoff of limoncello called crema di limoncello that can best be described as alcoholic lemon sherbet. The only ingredients are grain alcohol steeped with lemon peels, sugar, milk, a little bit of cream and vanilla. No citric acid additives or yellow color no. 36 or whatever “natural and artificial flavors” you find in a limoncello bottle shaped like the leaning tower of Pisa (kudos to the alcohol lobby for their tireless efforts in making booze the only food product without the ingredients listed).

The other ingredient required of any alcoholic endeavor is, of course, time.

Just as wine and whiskey need time to age, homemade liqueurs need time to steep, bind ferment and coalesce. For almost a week, I tried to temper the rabid attention I was inclined to pay the electoral results trickling in from 4,000 miles away. In the meantime, I left a giant empty olive jar full of grain alcohol and lemon peels tucked away in a dark cabinet. Every day, I took it out and gave it a good shake. To my surprise, the alcohol started turning yellow after just a day. After five days, it was electric.

The day after Joe Biden’s victory was announced, my neon-yellow grain alcohol caterpillar was ready to become a beautiful boozy butterfly.

I filtered out the lemon peels and added them to a pot of boiling milk, sugar, cream and vanilla. Then I stirred in the alcohol and, after removing the peels for a final time, funneled the mixture into empty wine bottles and left them in the freezer overnight. But even before the crema di limoncello was chilled, I couldn’t help sneaking a taste.

The result was fucking delicious. I wanted more.

I wondered: What would happen if I made crema di limoncello with less sugar? What if I made it without the crema? What if I steeped the lemon peels for a month instead of a week?

I decided to try making normal limoncello. And then almond liqueur, orange liqueur, spiced orange liqueur, something more herbal. I loaded up my shopping basket with one-liter bottles of pure alcohol, bags of lemons and oranges, and sacks of herbs.

I had officially caught the moonshine itch.

Perhaps the outcome was inevitable, given the parallels between my tripartite obsession with spirits, writing and politics. Each case represents an attempt to isolate the right details and harness the exact, often unexpected elements that will allow us to spin the bitter parts of life into something satisfying, meaningful — and maybe even a little sweet.

Janna Brancolini is an American journalist based in Milan, Italy, where she's a freelance correspondent for Bloomberg and the Los Angeles Times.
Latest POSTS